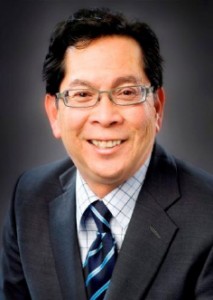 Frank Chong, Ed.D., was appointed by the Santa Rosa Junior College Board of Trustees as its new Superintendent/President effective January 2012. Dr. Chong becomes only the fifth superintendent/president of the school in its 93rd -year history. Prior to this appointment, Dr. Chong was appointed as Deputy Assistant Secretary for Community Colleges in the U.S. Department of Education, Office of Vocational and Adult Education.

Dr. Chong’s professional experience spans every level of education and politics. Prior to assuming the Laney College presidency, he served as president of Mission College in Santa Clara, CA.  and Dean of Student Affairs at City College of San Francisco.

He was an appointed member of the San Francisco Children and Families Commission, and was elected to the San Francisco Board of Education in 1998. From 1987 to 1991, he served as special assistant to Willie L. Brown, Jr., the Speaker of the California State Assembly.