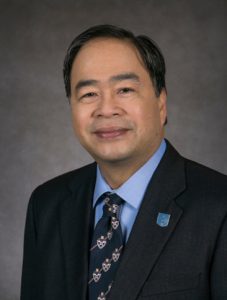 A. Gabriel Esteban, PhD, is the 12th president of DePaul University, the nation’s largest Catholic university. He assumed the presidency on July 1, 2017 as the first lay leader in DePaul’s history.  Prior, Dr. Esteban currently served as President, Seton Hall University.  Prior to this assignment, Gabriel was appointed Provost at Seton Hall University in August 2007.  Dr. Esteban also previously served as Provost, Dean of the College of Business, and Professor of Marketing at the University of Central Arkansas.